The Facts behind “Year of Marriage” Tax Relief. Are you entitled to a Refund? 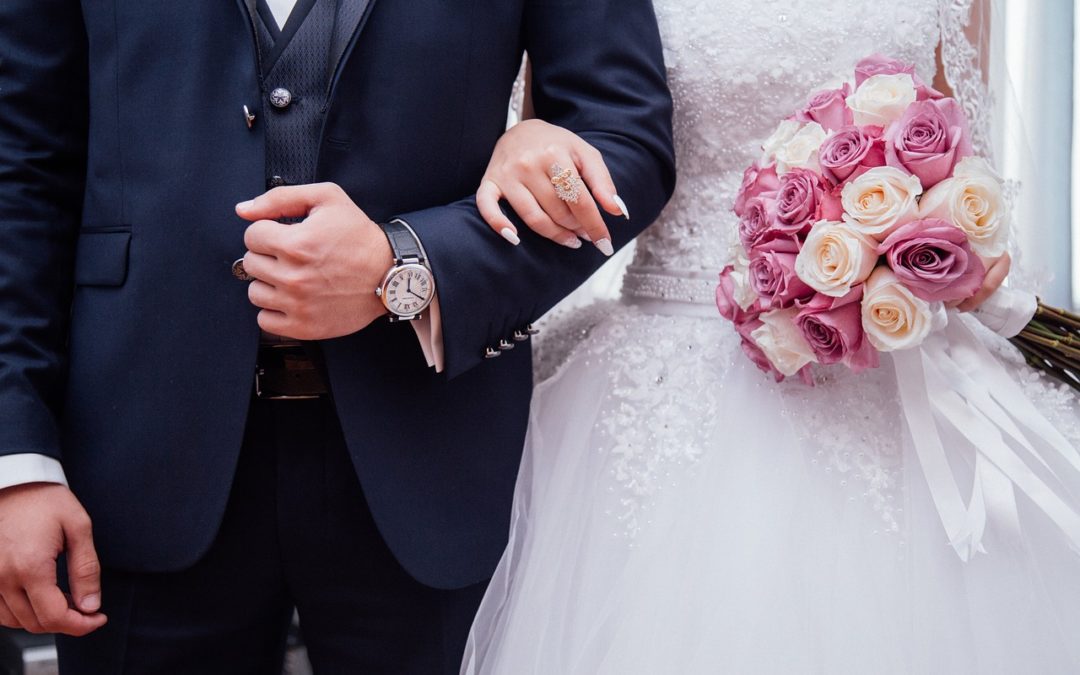 Recently, I shared an article on The Wedding Lady Facebook page with the eye-catching headline of “Nearly 100,000 Married Irish People are Missing Out on Big Marriage Tax Savings”. Sounds like something worth looking into, doesn’t it?

The article talked about “year of marriage relief” leading to potential tax refunds for couples, and so I thought it was a good idea to seek professional advice on this, to clarify how it could work for people and find out exactly what conditions might need to be met for this to happen.

I had a chat with Paula Travers of Travers Accounting Services, based in Donegal Town. Paula is a chartered accountant, and I thought she’d be just the person to shed some light on this and tell me if it was too good to be true!

Paula, maybe you could explain little more about what that headline actually means in terms of a potential tax refund for recently married couples?

Ok, the first thing I would say is that while it was a nice, attention-grabbing headline, people will have different circumstances, and it’s up to them to follow the process through to the end after which they MAY get a refund. I can give you the steps to follow to go and find out that information for yourself, but would I be banking on it? No. There’s a good chance, but it’s entirely dependent on your individual circumstances.

The article inferred that before you’re married, you’re taxed as two single people, and that is where the refund may arise – once you’ve tied the knot and circumstances change?

And is that automatic or does a couple have to notify Revenue that their status has changed?

It’s NOT automatic, so my number one recommendation to anyone who is a  PAYE employee is to go onto the Revenue website and register for myAccount. It’s a brilliant service; it puts all these things in your hands.

Once you register, it’ll take a few days to process and finalise your set up. Then, as soon as you get married, log back into myAccount where you’ll see an option called MyEnquiries, which is a secure online service that allows you to communicate directly with Revenue. Go in there and draft a quick note to let Revenue know about your change of status, nothing fancy, you just need to say, “We got married on x date” and include both your PPS numbers. Make sure to do that as soon as possible after you’re married.

So that’s all you should do in the year of marriage. Then, at the end of the tax year, if you’re a PAYE employee, you’ll receive a P60 from your employer. It’s your employer’s obligation to file that with Revenue, so after the 31st December in the year you get married, those records will be with Revenue.
In the same myAccount area, there’s an option to have your tax years reviewed. You’ll then go in and select that option, follow the necessary steps and Revenue will do the rest of the calculations. They’ll able to see what tax you have paid in the year of marriage, compare it to the tax you should have paid, and that’s where the refund will be generated from – IF you’re entitled to one.

It’s incredibly important to do this because if you do nothing, Revenue won’t know that you’re married. That’s not only important for potentially obtaining a year of marriage refund but also to make sure your status is correct for all the years that follow.

That’s an excellent point, Paula. Let’s take the example of a person getting married on 1st June 2018. If they don’t notify Revenue of their marriage, going into 2019  they’ll still be taxed as a single person, is that correct?

Yes, if they don’t notify Revenue, how can they know?

What implications could that have perhaps three or four years down the road when somebody realises they didn’t let Revenue know about their marriage? How long or how far back can Revenue claim taxes if it’s needed?

If you register for myAccount as we’ve discussed,  you’ll see you that you can go back and review your taxes for the last four years. So it’s most unwise to leave it anywhere beyond the immediate year after getting married. You might think you’re saving, but no, it’s better to get it sorted.

There are different options for taxation after marriage, but generally, the most beneficial route is that of joint assessment. I don’t know why anyone would maintain their single assessment status, there’s no advantage to that, but I suppose they have it there as an option for some people. Either way, it’s better to get things tidied up as soon as possible to take the most advantage from it.

I’ve spoken to people about this subject myself; they’ve seen the article on my Facebook page and told me that the issue would never have entered their head. Now that’s understandable perhaps when you’re still in the wedding planning process,  but they did say that it never crossed their minds.

Well I have to say, I know previously Revenue may have been seen as a “big scary monster” but nowadays I find their website is really useful.  All this information is there on the site for you. Another excellent source of information for this sort of topic is the Citizens Information website.

Revenue is trying to encourage everyone to get online where possible, rather than ringing them, but if you do need to ring them don’t be afraid, they’re not the big bad wolf! I think people have shied away from finding out about this stuff, and as a consequence, don’t know what is available to them, so I would encourage everyone to go onto the Revenue website and take a look.

And Paula, does a couple need the services of someone like you, an accountant, to do this for them?

No, they don’t. It all depends on what they’re most comfortable with themselves. If you’re talking about two PAYE employees, all their income is recorded on their P60s. As we mentioned earlier, that information is filed with the Revenue by their employer at the end of the year, so it’s really quite straightforward.

If people are self-employed, that’s when they have to file tax returns, and most people do employ the services of an accountant. But even then, it’s not an absolute obligation; it depends what people’s level of comfort is with dealing with it themselves. Certainly though, as a straightforward PAYE worker, you don’t need an accountant to do this for you.

I’m sure that’s very reassuring for people to know, that it’s not an added expense they need to consider. They can investigate this online themselves with the information Revenue have provided and follow the prompts once they’ve signed up for the myAccount service.

There are companies that deal specifically with this service. You would go in and input all the relevant information into a specific area of their website, and they’ll do all the donkey work for you. Generally, they might deduct say 10% of any refund that you get as a fee. While it will cost you that 10%, you’re still better off than if you were never going to do it yourself in the first place, which is a win-win really. So if you did want to outsource it to someone, I’d recommend that rather than going to an accountant.

So the message I’m hearing is from you Paula is that this is accessible to people;  it seems very doable not only to investigate, but to actually apply if circumstances mean people may be due a refund?

It mightn’t always have been the case Sandra, but certainly now and into the future, the idea is to make things as accessible as possible for people online. It makes Revenue’s life easier, as they’ll spend less time on the phone dealing with queries. I recommend anybody in any circumstances to get on to the Revenue website, familiarise yourself with it and register for myAccount. That way it’s in their own hands – they can allocate their tax credits however they want to between spouses.

Brilliant.  Paula, I’m glad we had this conversation because I wanted to make sure that people had the correct information. Now people can be reassured that it’s easy to investigate this for themselves. If they’re due a refund, they can apply for it, but more importantly, inform Revenue of the change in circumstances regarding their marital status.

I’d highly recommend they do that.  There’s no advantage to not doing that straight away.

Thanks so much for talking to me today Paula, you’ve been very helpful.

No problem Sandra, and if there are any questions, I’m more than happy to answer them.

If you need more information on this or any other accountancy issue, you can get in touch with Paula through her Twitter and Facebook pages.

We use cookies to ensure that we give you the best experience on our website. If you continue to use this site we will assume that you are happy with it.OKPrivacy Policy