7 important differences between a Registrar and a Solemniser. 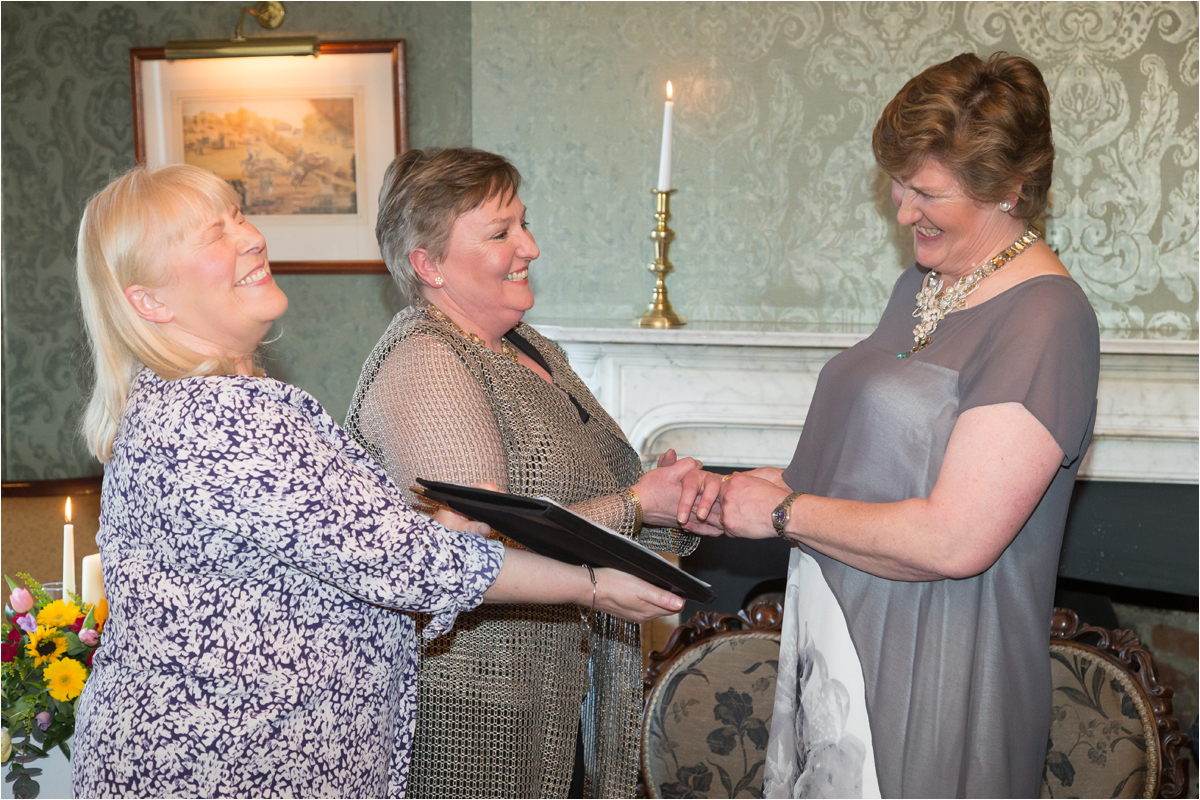 Once upon a time John and Mary wanted to get married. Mary was divorced and the only option available to them was to marry in the registry office at a time and date that was not their choice. Mary and John wanted a more meaningful ceremony but they had only one option, do the legal bit and then do the more meaningful ceremony after that. It wasn’t what they wanted and felt the attitude second marriages were not supported as much as first time marriage. Back then it wasn’t and thankfully that changed when licences were issued to bodies external to the registry office that allowed divorced couples to remarry and have the kind of ceremony they wanted. One that meant they could celebrate their union the way it reflected them as a couple.

Brain & Joseph and Breda & Caitriona also wanted to get married but there was no provision for them to be legally married in eyes of the state until the marriage equality referendum in 2015.

For same sex couples the progression to Civil Partnership was a step in the right direction but it still was not marriage.  They could have their partnership acknowledged and recorded in the registry office but also at a time and date that was not necessarily their choice.

The option to have marriage ceremonies or civil partnerships signed off by the registrar in a venue other than the registry office was possible as long as the chosen venue met certain requirements.

But the landscape of weddings has changed in last number of years where couples, divorced and same sex couples can now legally marry and in venues that may not meet the HSE requirements. Marriage ceremonies can take place in decommissioned churches still with its stained glass windows depicting religious iconography, or especially built structures that resemble a chapel or a church with pews and alter, or indeed outdoor weddings are gaining now popular weather permitting.

You may very well ask “But aren’t you all Registrars if you can sign the legal paperwork?” Or “Aren’t all Non-Church Weddings Civil Wedding Ceremonies?” The answer to both of those questions are NO and NO.

Let me clear up a couple of things. 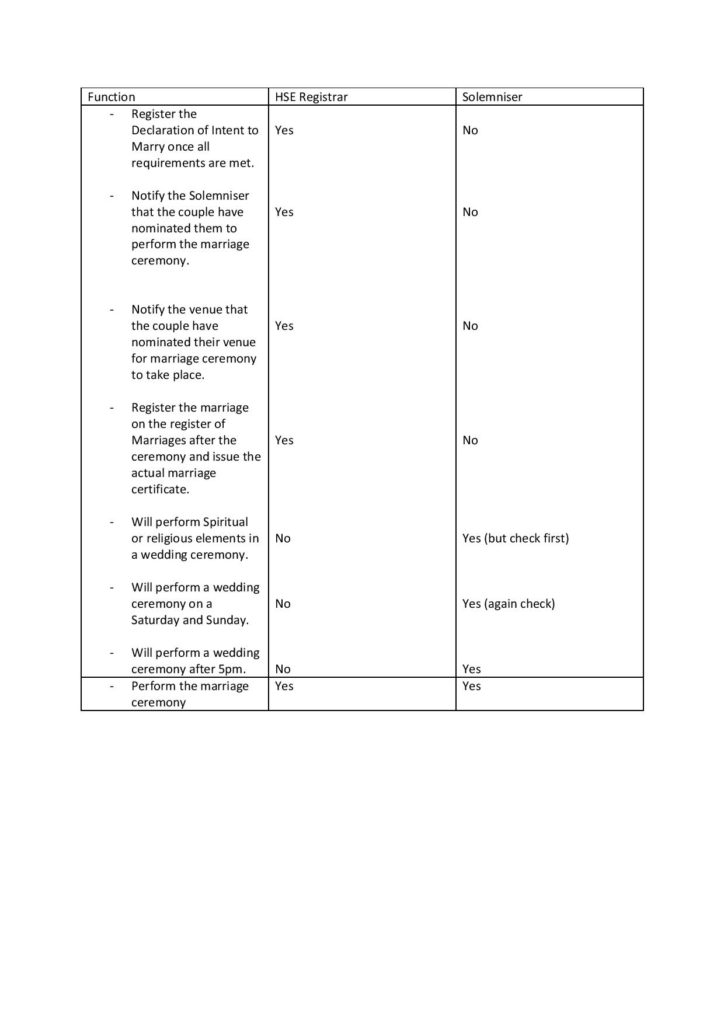 Different but the same

Which means Solemnisers cannot register intent to marry, issue the actual legal paperwork or issue a certificate of marriage after the ceremony. They can however sign the MRF as the person who Solemnised the marriage. They also have the authority inherent in being a recognised Solemniser by the state to make relevant changes on the back of the MRF such as a change of witness, a change in the date of the ceremony (MRF’s are valid for 6 months from original date of ceremony) or any other detail that needs correcting on the form.

I had to make a change to MRF where the grooms year of birth down as 1890 instead of 1980. That would have made for interesting genealogy research in years to come!

Do be mindful of how you describe the kind of wedding ceremony you want this will be vital when you go into the HSE to declare your intent to marry.

All other ceremonies = Solemniser

If you would like to know more do feel free to send me a message on Sandra@theweddinglady.ie and I will happily answer for you.

We use cookies to ensure that we give you the best experience on our website. If you continue to use this site we will assume that you are happy with it.OKPrivacy Policy